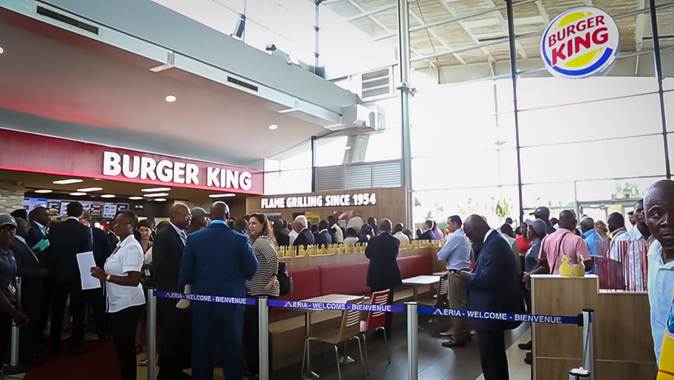 Servair, French and African leader and fourth largest global player in the airline catering and logistics business, announces the opening of a second BURGER KING® restaurant in Ivory Coast, in the Félix Houphouët Boigny International Airport of Abidjan.

Servair Abidjan is the concessionaire for the operation and management of this 294 m² restaurant located in the Félix Houphouët Boigny International Airport of Abidjan. 39 people have been recruited for its opening.

This is the second BURGER KING® restaurant opened by Servair in Ivory Coast after the opening of a first establishment of 90 m² located in the new CFAO PlaYce Marcory shopping mall in Abidjan, in December 2015.

Operating in Africa since 1989, and in Ivory Coast since 2008 with the creation of Servair Abidjan (following the acquisition of Abidjan Catering in 1968), the Servair group has grown to become a major player in airline catering on the continent. With 21 units by 2016, Servair is now the leading caterer in Africa, where it employs 3 250 people.

The opening of this new BURGER KING® restaurant is part of Servair development strategy that wants to expand its services offer to airports. Servair strengthens its positions on the market of airport catering, which already count 44 locations around the world.